UK CEO of neuromarketing company Neuro-Insight, Heather Andrew, looks at the ASA’s most complained-about ads from the brain’s perspective. 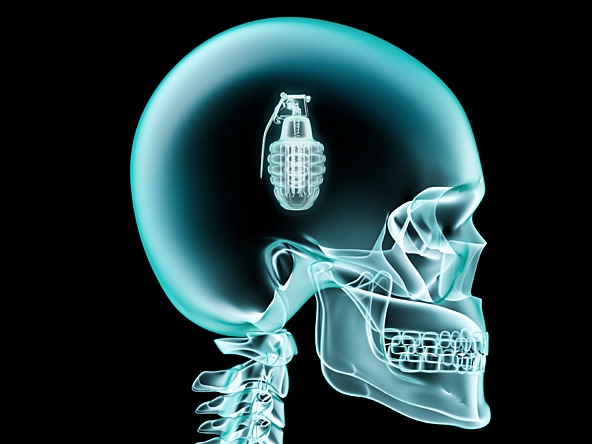 The Advertising Standards Authority ( ASA ) recently published a list of advertisements that received the most complaints throughout 2015. While only one item in the top ten had complaints against it upheld by theASA, many of these ads seem to have hit a nerve despite their innocuous appearance. Neuro-Insight analyses ad creative to assess effectiveness, using neuroscience to understand audiences’ subconscious responses. Using our research experience, we reviewed the top five TV ads in the ASA’s list from the brain’s perspective to see what may have got them on the list, and whether the ads are likely to be effective despite their presence on it. Top of the ASA’s list is Money Supermarket’s ‘Epic Strut’ ad, featuring a businessman ( Dave ) dancing in hot pants and heels down a busy street. From a neuroperspective, this is pretty effective; the ad is likely to intrigue the viewer, teasing us with bystander reactions before revealing Dave’s full attire. The catchy soundtrack, and the appearance of Sharon Osborne to deliver the tagline – ‘You’re so Money Supermarket!’ – are also likely to help make the ad memorable.

So what makes this the most-complained-about ad of 2015? From the brain’s perspective, it’s likely that this is down to the incongruity of man-in-suit versus seductive dancer. This clash of normal/abnormal imagery tends to be disturbing for the brain and is likely to trigger a strong withdrawal effect ( literally, our brain wants us to move away from the image ). Booking.com made it on the ASA’s top five twice, with two different executions of its ‘Booking Right’ campaign. Each ad draws on travel scenarios to show how the brand makes holidays better, but drew criticism from some viewers for substituting ‘booking’ for a swearword – and then repeating this several times throughout the spots.

While this may have offended some viewers, from a non-judgemental brain perspective the technique of creating a distinctive, repeated pattern is an effective way of driving an ad’s narrative. The creative approach allows Booking.com to weave its brand into the creative memorably, without the use of overt visual branding which might disengage viewers. PayPal’s modern twist on the festive season wouldn’t strike many as a prime candidate for offence, but many viewers complained on the basis that it spoilt the magic of Christmas for younger audiences by giving away that presents don’t come from Santa. In many ways, however, PayPal’s creative was spot on from the brain’s perspective.

The ad successfully uses a clear ‘problem and solution’ construct – we are challenged to find out whether the kids will get presents for Christmas ( the problem ), and the eventual positive outcome ( the appearance of the presents on Christmas morning ) associates PayPal with the solution. It is likely that the end of the ad elicits a strong positive emotional response and high memory encoding, just as the PayPal branding appears. The British Heart Foundation’s ‘Heart disease is heartless’ rounds out the five most-complained about TV ads on the list. Its approach was to construct a puzzle for the brain, just as PayPal did. However, in this case the resolution of the puzzle comes at the first mention of heart disease, before the BHF branding appears, so it’s likely that, whilst people pick up the heart disease message, they may not pick up BHF as a positive solution to the distressing scenes on-screen.

This may explain the complaints levelled at the ad. If audiences miss the positive, actionable part of the ad, what they are left with is highly emotional content without a positive resolution to balance it.